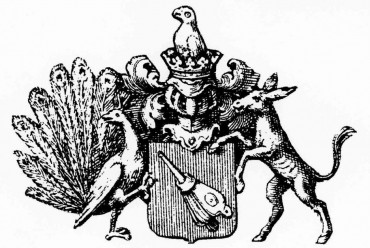 INTELLIGENT STUPIDITY: THE CREATION OF HUMANKIND

Stupidity is not equal to a lack of intelligence, quite the opposite; in fact, stupid people are dangerous because they are intelligent and the more intelligent, the greater the disastrous consequences of their stupidity will be.
How to explain that mankind is both stupid and intelligent? The ‘Orphic’ mythology offers an evidently absurd explanation to this unsolvable problem.

Chief deity Zeus castrates his father and creates the world. He hands the power over the world to Dionysus Zagreus, the child he conceived with his daughter Persephone. His jealous wife, the goddess Hera, sends in the barbaric Titans to murder the infant. The giants cover themselves in plaster to remain invisible, lure the son of gods with dice, lay figures, a bullroarer, a ball, a spinning top, a flake of wool, a golden apple and a metal mirror. As Dionysus is mesmerized by his own reflection, the Titans slit his throat, cut his body in pieces, boil him in a kettle, roast him on a spit and devour him. Zeus punishes the Titans for this barbaric act by hitting them with a bolt of lightning. From the ashes, mixed with soil, mankind is created.

To sum things up, humankind partly consists of the physical remains of the barbaric Titans, which explains its stupidity, and partly of the godchild with which the giants fed themselves, explaining its possession of logos, of reason. The myth translates the dangerous combination of stupidity and intelligence into two discrepancies:

The Sect
During the Golden Age, according to Hesiod, people and gods were still living in harmony. This comes to an end with a disagreement about sharing the parts of a sacrificial bull. Prometheus, one of the Titans, comes up with a cunning plan: the gods will get the bones and the fat and the people will get the meat. The sacrifice enables communication: to the gods the aromas of the burnt fat, to the people the meat, the food they have to live off and which thus indicates their mortality. They have the habit of eating the meat raw until Prometheus steals the fire from the gods and gives it to the people.
The political and religious system of the city-state, the polis, is based on the relation between gods, humans and animals. For humankind to secure its place within the order of things, the animals must be sacrificed to the gods. But the ‘orfici’, adepts of a religious sect, refuse to make these blood offerings to the gods. The reason why they don’t have a role within the state.

How to promote vegetarianism in a society that actually sees this ‘barbaric’ meat consuming as a condition for civilization?

Culinary Suggestions
There’s an odd culinary side to the story.

According to a comedy by Athenion from the third century B.C., civilization keeps pace with culinary progress. The history of humankind begins with raw cannibalism and ends with ragout. Cooking is what distinguishes civilized people from brutes. Plato states that the roasted and the boiled are opposed like the primitive state and civilized society. Only the city guards are offered roasted meat, so that they will stay alert like watchdogs.
The sacrifice of the Titans is similar to that of the humans; an official blood offering requires the animal’s permission. Even the Titans bring gifts to their victim Dionysus in order to finish him off without any trouble. And yet those who fry boiled meat are undermining cultural progress.

The place of humankind in the order of things
The Orphic myth teaches us that humankind should refuse to make any blood offering because the ritual doesn’t create a bond with the gods, but is in fact repeating a crime that is opening the gate to the cycle of birth and death – a variety of the original sin. Every human being possesses a divine spark, but is also burdened with the original sin of eating meat. Humans must acknowledge their Titanic heritage and cleanse the divine element that exists within them.
But you could also turn things around and state that humankind has developed its intelligence (logos) in its attempt to gain control over its stupid, Titan core. Indeed, without blood sacrifice humans wouldn’t have even come into existence.
That stupid core is also known as ‘oistros’, meaning both sting and hornet (also think about estrogen). It is about irrational behavior, madness, rage, a craziness that isn’t natural, because it is self-destructive, and not yet culture, because it is untamed. In The Laws (701 C), Plato refers to humans showing their ‘ancient Titan nature’. Elsewhere he refers to the inclination to sacrilege, which ‘comes neither from humans, nor from god’, but from ‘older crimes that cannot be cleansed by humans’. (854 B)

The men of plaster; what is the role of the earth?
The Titans covered themselves in plaster, a substance that is also associated with the white ashes known as burnt lime: ‘titanos’. In fact, the giants are disguising themselves with the very stuff that gives away their identity.
Titans are ‘autochthones’, born from the earth. They are related to the gods because they precede the human race, but also related to humans that, in many creation myths, come crawling from the soil or are born from the hands of a claying god like Prometheus. (From clay and tears, according to Aesop). African tribesmen cover themselves in white clay and ashes to transform into supernatural beings during the transitional rite into adulthood. The name “Adam’ refers to red earth. Creation is an occupational therapy for lonesome gods.

Origins
The Zagreus-myth has only been fabricated in the nineteenth century, after the discovery of the ‘gold tablets’ from Thurii in 1879. The cryptic fragments, that are thought to date back to the sixth century preceding our calendar, have been freely interpreted as a Christian version of the Orphic myth: sin, resurrection, atonement are basic elements at the foundation of all mystery-religions, as is the division between animal urges and a divine spirit. They are all attempts to get to terms with the idiocy of our existence.